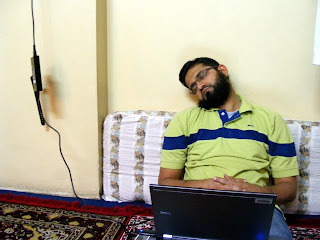 FULLY DRAINED OUT - FINDING IT HARD TO CONCENTRATE AFTER A NIGHT LONG VIGIL FOR KADAMBOSI SHARAF. 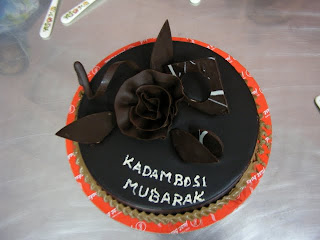 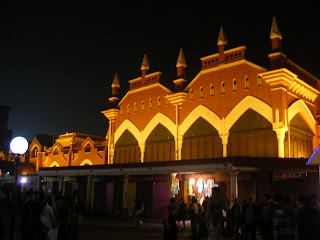 FATHER AND SON BURSTING WITH JOY AFTER RECEIVING KADAMBOSI SHARAF 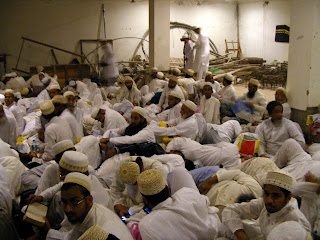 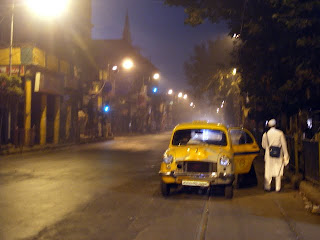 A TAXI MATERIALIZES AT THE UNGODLY HOUR (1.30 AM) TO TAKE US FOR KADAMBOSI

Aqa Moula (TUS) kiyam shareef is our city. Every mumineen will now surely agree with me, that yes indeed in spite of some actual and largely wrong notional problems, ascribed on account of lack of facts - Kolkata is truly a CITY OF JOY.

The true radiance and joy from a devout mumin's perspective is as a result of true bliss and joy emanating from our beloved Aqa Moula (TUS) Each day we the mumineen of Kolkata see him so happy, in good health and cheer. We fervently wish that he stays on and on amongst us in health and happiness.

After a relaxing stay at Ganga Kutir on the banks of river Hoogly, Aqa Moula (TUS) and his entourage took a cruise tour down the river. At the Shabab Tafrih programme, the members were overjoyed to have a very intimate conversations with Aqa Moula (TUS) and he was taken in miyana around the beautifully landscaped and peaceful environs of Vedic Village. The excitement and joy was writ large of the faces of Shabab members, as they narrated their experiences.

The Pictures taken by my nephew Bhai Shabbir Lokhandwala beautifully depict the excitement and manage to give the readers a clear idea of the memorable event. He has also written a very moving account, of his personal kadambosi experience, and I would love to share the same with my readers.


I sit contemplating the event of last Monday. What happened last Monday, still seems unreal. Something unusual. Something which doesn't happen often in any part of the world.

For on that day, forty five minutes after midnight, in the first hour of 24th January 2011, Monday, we were woken up by a relative's phone call. Up to 100 women had lined up outside the Burhani masjid, located in Topsia, Kolkata. On came the kurta, saya and topi and we got into two cabs, which very surprisingly were waiting outside the gate of our building. It was 1:30 am then. We reached the Masjid complex by 2:00 am and stood in a line outside till 3:15. Thereafter we were moved into a vacant basement of the masjid and were made to sit in orderly fashion till 6:45 am. In between, we caught a wink of sleep. At 6:45 we were made to sit in the same orderly fashion inside the main masjid. At 10:00 am Moula arrived. At 10:40 am I had kissed his feet and was being ushered out of the masjid. That is what happened on the 24th January 2011.

What makes people do this? Do people think why they are doing this? Why do they line up, some with little children in arms nine to twelve hours before they get a chance to kiss Moula's feet? What do they gain by kissing Moula's feet? Are those few seconds of getting very close to Moula really worth the trouble and lost sleep? Do they do it only because others are doing it? Why was I doing it? What had made me travel over 2000 km, over 24 hrs, leaving my work in the hope of taking a chance in a distant land of Aqa Moula's kadmabosi?

I will speak for myself here. Twenty two years earlier in 1988, I was ten months old. Complications at birth had caused me to spend much of my first days in this world in an incubator. Sickness wouldn't leave me and I was unable to digest milk. This caused prolonged weakness and illness. Instead of playing in my cot, nearly my first year was spent in clinics and with intravenous syringes in my little hands. Every time I was declared fit and sent home, a relapse would inevitably occur and my parents would be shuttling me back to the doctor. At that time, Moula visited Calcutta, as it was known then. My mom took me in her arms in a kadambosi bethak then. As she approached Moula, she choked, tears swelling her eyes, thrusting me before him and asked him feebly to save me, so that I could live a healthy life. The words as has been told to me were, “Moula aapne sopu chu, aap ehnu khayal rakhiye” (moula onto you I entrust this child, you take care of him). Moula then asked her to lay me by his feet and then he rubbed his foot over my little body. That night I did not puke out milk. From then, vital foods have never been administered intravenously.

It's 2011 now. I am 23 and able bodied. You may call this a miracle or an over dramatized story. Say what you may. The only reason why I sacrificed my sleep, stood in the line at god forsaken hours, slept in a dusty basement on dustier straw mats,made do without breakfast was because I realized that the happy state in which I was today, was because of those feet of Moula. I didn't ask him for wealth, for a better career, a better home or anything. I prostrated myself on the ground, prayed for his well being and said thank you. Thank you for giving me the opportunity to kiss his very feet, which enabled me to walk on my feet today. Thank you for letting this take place in Kolkata, where the circle of my life began, Thank you for this being in his 100th year. Then I saw and kissed those feet.

And I only hope that he recognized me.

An utopian experience to be up for kadambosi waiting in such a disciplined feeling for offering thanks to one's own master of life and death truly speaks of a person's nadam and shukr and His Master's karam and Abr which only spreads Rehmat and Rehmat.. and Rehmat....ad infinitum .