AN OPEN LETTER TO NIRBHAYA

An open letter to my departed sister

Dearest sister,
I do not know if you would be able to read this in any way by any means but if you do, please do feel privileged to be living in a world much better than mine.

I am writing this to you with a sombre expression on my face, a lump in my throat and tears in my eyes. I just finished watching the documentary which the BBC news channel made on you on international women's day. I am filled with both pride and shame on watching it. Pride, needless to say being you and shame, those inhuman species who took you away from us.

16th DEC 2012, the entire country stood in shock resulting from the horrendous and barbaric cruelty meted out to you and your friend. Although, in a country like ours which has become habituated to crimes against women, the sad news about you wasn't really a bolt from the blue, it still had the entire nation rooted to the spot. Such was the intensity of the crime, dear sister, I understand. I failed to even imagine the pain you must have felt for even a cursory glance from a stranger makes my blood run cold.

While you were battling between life and death, shock and shame, an unprecedented and tumultuous uproar in the form of protests was carried out at every corner of the country. You, dear sister, were the reason the entire nation was in solidarity. We couldn't take this anymore.  Seeing such outrage of extreme emotions from people I had high hopes from the law to do its best to reduce, if not totally eliminate crimes against women but sadly, sister, the scenario still remains unchanged. Every twenty minutes a woman is raped in India. Even As I write this to you, somewhere a woman is being bullied, harassed and raped while the perpetrators of your ghastly crime are probably enjoying a hearty meal in imprisonment.

Often when me and my friends walk to and from college, there are always those few pairs of eyes gazing at us lecherously. Sometimes, they purposely push us, other times they speed up their bikes to scare us. All because, we are girls. I have been punished to be a girl. I have had to curb my dreams and passions because I am a girl. I love to travel and explore new places. I want to go on trips with my friends but I must remember i am a girl, a flower that needs protection and hence I must stay home and enroll myself in household chores. I must not dare to step out of the house alone, especially after sunset, otherwise the thorn might harm the flower. I want to go to parties and have fun just like my male friends but I must not forget that I am a girl, the one who is considered more  responsible in any case with a man. Sister, I want to break free from the shackles of codes and conducts, dos and don'ts, but I must abide by them because I am a girl.

Dearest sister, I would like to make a number of  heartfelt apologies to you.

Apology on behalf of our financially handicapped govt which otherwise has a lot of fund to shell out just to be in the good books of a certain visitor from the States or to garnish sportsmen with handsome cheques. But when it comes to improving the standard of security for women in our country, their pockets are empty

Apology on behalf of our legislature and judiciary which has always failed to deliver prompt justice to the victim. Apology on behalf of the so called guardians of the people,  the police officers, for their lackadaisical attitude, for being so classless and disinterested in our matters, for supporting the false when offered money

Apology on behalf of all those selfish, self-centered people, who would make no move in helping a woman knowing she is in trouble. Of course, why would they invite trouble for themselves?

Apology on behalf of Mr Honey Singh, the blatantly sexist singer who has so conveniently made a future for himself by caricaturing women, still being a favourite son.

Apology on behalf of the masterminds behind TV soaps for always depicting women to be inferior to men.

But above all,  I owe you an excruciating and shameful apology for being unable to do anything to bring you justice.

But you have come to me and every other woman as a great inspiration. Your determination to achieve your goals against all odds is very galvanizing. I wish with all my heart that someday your dream of opening a hospital in your village is realised.

With the shallow , shameless, adamant mindsets of a part of the male fraternity, there is  indeed a good male majority, which needs to be become more pro active in this country, it is than only that we will have  hope to live in a crime free India. On women's day I woke up to the news of a 6 year old being brutally raped in Ahmedabad.

Tomorrow again I might wake up to the news of yet another rape, if only its reported. Tomorrow again I will notice someone giving me licentious looks. The age of chivalry is dead sister. Humanity has failed.  Dearest sister, like I said, please do feel privileged to be living in a world much better than mine. You might not be the nearest to us but you are definitely the dearest. You are not just a daughter to your parents, you are "India's Daughter"

- From a helpless younger sister

Posted by MIND MINTS at 8:02 PM No comments: 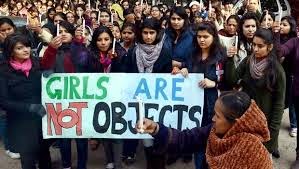 Having heard so much uproar on the Documentary, I pushed the play button with much trepidation, thinking of seeing gut wrenching narration, and graphics, but I found the Documentary to be well made covering all aspects of the Nirbhaya incident. No prolonged wails and dramatic outbursts. I am wondering why the Indian Govt has to ban it ? The opinions of the experts and all connected with the incident, is laid out before the public in a very decent format minus theatricals. Some of the Hindi soap that are dished out on TV has more wailing and more gut wrenching scenes. Prolonged cries and hearty laughter of the goons.

Let me share with you a personal experience. I went to the Barbers for a shave around noon, the ideal time for family Hindi soaps on TV. One was playing out above my head,and although I was not able to watch it, as I had surrendered my face to the barber, I could hear the audio.

From the audio I surmised that a villain was acting tough and was in the act of  ruining the modesty of the lady protagonist, and for more than 5 minutes she was pleading, begging to let her go, and amid continuous loud wailing. I was feeling so disgusted, the wails and the cries were unbearable, so as the first part of the shave was over, I requested the barber to change the channel forthwith.

Now these type of soaps need to be banned, not this Documentary, which has a very understated tone, and tries to portray the thoughts of all those associated with the case.


At the end of the Documentary, the grieved father reflects on her Jyoti who has become a symbol - he makes a profound observation by stating ' a storm arose, and has passed, but what is important, is what is left after the storm' now that is very important. If her sacrifice has not been able to change the mindset of the country, her sacrifice is in vain, no lesson has been learnt. I was aghast to read the report that out of 10,000 foetus found in a hospital 9900 plus ( forget the exact number) were of girl child. Shocking indeed. Banning the Documentary shows the mindset still needs to be changed.
Posted by MIND MINTS at 3:16 AM 2 comments: