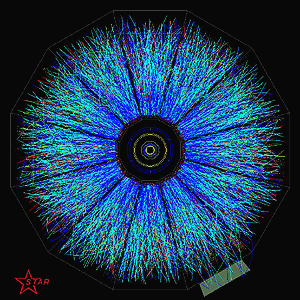 Continuing from the earlier 100th Milad Post, let us understand how recent Scientific discoveries , are validating the Spiritual truths, although the Spiritual Truths , which have guided humanity on the right path for centuries, do not in itself need validation.

However, as stated in the earlier post after the initial euphoria of scientific discoveries, which led to totally materialistic mindset, Science has mellowed and with recent discoveries, specially in the field of Cosmology and Quantum Physics, the Scientific community is slowly converging towards acceptance of Spiritual Truth – primarily TAWHEED - ONENESS.

In this post I will try to show my readers how, if your quest is for the Truth - than right guidance is received, from heaven above, no mater whatever be the field in which one is working. Let me give you an example from the field of Physical and Cosmological Science.

Simply put, the pioneering work of all these scientists received recognition for understanding the symmetry behind Creation. By their research they conclusively established the symmetry of diverse forces. Now Science is getting closer to the common Source – and this to me is very exiting. Science is on the threshold of the Grand Unification Theory (GUT)

With the help of powerful COBE Telescope at the macro level and nano technology at the micro level, the scientific community is seeing a symmetry in all things. Just like our genome (DNA) which is present in our very first cell and consists of 23 pairs of chromosomes , possesses the blue print of our entire human being, likewise, it has been proved that, un manifested fields, pervade all space and time, and they are known as quantum fields.

The mystery of matching particles was solved in the last half of the twentieth century , when physicists determined that underlying quantum fields, give birth to elementary particles. The empty space is not empty at all. It is seething cauldron of quantum activity.

Now Science with help of research and Theories, are accepting that yes – something virtual is becoming, something ‘real’

It took Science another 100 years, to fully glimpse and understand the existence of unification of all forces and fields, after James Clerk Maxwell demonstrated the unification of electric and magnetic fields, which we now know as electromagnetic field.

Now let me share with you what our Deen teaches and how easy for us it is to understand, once you know the spiritual Truths.

Before proceeding further , let me emphasize that our Deen , so rightly says, once again quoting Syedi Sadikali Saheb –‘ tawheed ehne khaiye –jeh chhe khuda na muka' As above, so below. The Shariat of RasulAllah (SA) is beyond zaman (time) and makan (space)

From my earlier post, readers have understood that it is Moulana A'shair - The Tenth Pure Intellect, who is responsible for the actualization of the potentiality - a Moula who will be bringing back all the fallen souls to their glory.

Now, with the help of Science I am getting to learn how Moulana A’shir -‘ jehne duniya na havala chhe ‘ goes about his tadbeer. ( Note. Here it is advisable to talk of myself only – as it is my personal ohbat - my personal quest, which I am just sharing with those, who may be interested to undertake their own journey. The niyat is that the youngsters of community , may be motivated to attend sabaks , and get a proper understanding of the Haqiqat Truths)

The cause of the mater is Form, which is called by both Farabi and Bu Ali Sina, as - Wahib al suwar (the Giver of Forms ) A thing does not change from potentiality to actuality all by itself, but through something that produces results, (so there is One - Moula – Moulana A’shir.) Note : The text in the bracket is my taffakur - reflection, which comes to me like epiphany - sudden realization as I read.

The Angel Adam -the Tenth Pure Intellect, realized that if they were to remain in the pure Spiritual world (Alam e Ibda - roohani Alam) they will never free themselves of the Tenebrosity - darkness, murk and gloom (Aqa Moula (TUS) farmave chhe huboot waqe thayu ) This is why he made himself the demiurge of the physical cosmos ( Moulana A'shir ni rehmat, shafaqat na sabab ) and the instrument through which the Forms, who had once been of Light (noorani) would find their salvation.

Mubde Haq Subhanu in whose Glory Quran states in Surah Ya sin – Ayah 82 -“kun fayakun” - - “Be – and it is !” is far, far beyond anyone’s understanding , and to accept this fact, it self is Tawheed.

It is only the Chosen of Allah, who are blessed to know HIS Glory. I quote from one of the Supplication of Imam Ali Zayn al Abedin (SA) to prove that Spirituality - our DEEN is more deep and for ever sustaining and enriching.

From his Supplication ‘ The Glorification of Allah'

In my next post I will try to reflect on the causes which led to the advent of dark age, when all knowledge, acquired through the Centuries, was deemed lost. In truth every thing in a sense is being rediscovered.

So my young friends - Science has along long way to go still, but the direction taken in the recent years , will one day lead to the convergence of Spirituality and Science in the understanding of The Haqiqat.

I end this post by a revelation. Prof: Alan Guth comes with his path breaking ‘Inflationary Theory’ at the right time in the Year 1979. Had it been propounded earlier, there would have been many skeptics in the Scientific Community . Why is it so ? Have you given a thought ? Why things fall in the right place at the right time ?

The answer my friends is that - The Quest is correct. Science is trying to understand the concept of ‘ Tawheed – The ONENESS , so all help and assistance is coming from a much higher source, beyond our understanding and comprehension.

So my young educated friends, join the band wagon. Channelize your expertise and knowledge, be it in whatever field, and if your quest is to understand Tawheed, I assure you, you will be enjoying each moment of your journey.

Asgar uncle, it is strange that when a subject is discussed in our wa'az/sabaks, we do not pay much attention but when that same thing we read in story books, we find more interesting. Coincidentally, I started reading Dan Brown's Angels and Demons 10 days back. Also, Muzakeraats are going on simultaneously. And then comes your post about similar things like CERN, quantum physics, symmetry of things, origin of universe, and the attempts to find a balance between Science and Religion ! All these have been mentioned in Dan Brown's book and instantly clicked with me!

i liked your indepth research of the subject and your effort in trying to give an explanation. may allah the almighty, with the blessings of aacka moula mohammad burhanuddin(tus)give you insight for your effort.