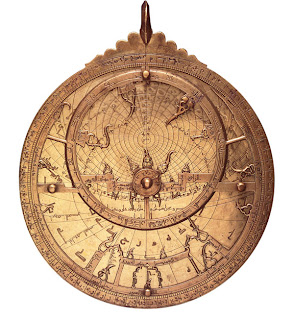 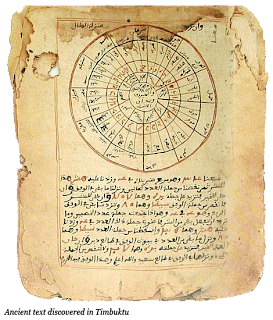 As stated in my 100th Milad Mubarak – 2nd Post, the Spiritual Truths have been there for centuries, and they need no validation from Scientific discoveries.

Now let us take into account, some of the causes, which led to the advent of the ‘dark age’ when all knowledge acquired through the Centuries, was deemed lost.

What is more important to me as a mumin, is that after the Industrial Revolution in Europe, Science came to be largely based on the premises of Materialism. Everything else was termed as illusion or imagination.

A definite wedge was created between Spirituality and Science. More worrying from our Community point of view, is that those who received English/ European Education developed a mindset, that made them believe that knowledge was the result of purely intellectual activity of the Western Developing Nations.

The quest to understand the infinite power, which we know as ALLAH has a very long history. If one is make a proper study of the history of intellectual activity to understand the SUPREME BEING , one will have to read the history of the quest by Babylonians – The Egyptians -The Greeks - The Arabs (Saracens) - The Gnostics - The Orientalists and finally The Europeans.

The known earliest Spiritual Truth found is in the Emerald Tablet Circa 3000 BC wherein is inscribed the following : ‘AS ABOVE , SO BELOW - AS WITHIN, SO WITHOUT’ This truth has remained unchanged for Centuries , and we learn this same truth in the ‘sabaks’ even today, and although hundreds of Scientific Theories have been propounded, to be proved wrong by later Scientific discoveries, what is taught in our DEEN remains unchanged. So this is an important point to be remembered.

The quest by all great thinkers in the past – just to name a few Socrates - Aristotle – Pluto – Plotinus (The founder of Neo-Platonism) The Gnostics of the 1st and 2nd Centuries, gathered momentum and acceleration, more scientific , more methodical and analytical, in the early 8th Century after Islam spread to far corners of the world.

Let me quote Syed Ameer Ali from his Book : Short History of Saracens.

‘From early 8th Century the Arabs exercised their intellect, physical sciences were diligently cultivated, and Chemistry botany, geology, natural history etc: occupied the attention and excersed the energies of the ablest men. Abu Musa Jafar of Kufa (the Geber of Christian writers) is the father of modern chemistry. The science of medicine and the art of surgery were developed to the highest degree.

Al – Kindi wrote two hundred works on various subjects – arithmetic, geometry , philosophy , meteorology, optics and medicine. Abu Maaashar (corrupted by the Europe of the Middle Ages into Albumazar) made the celestial phenomena his special study; and the Table of Abu Maaashar has remained the chief reference point of astronomical knowledge.

The early Fatimides, like their ancient prototypes the first Ptolemies , were grand supporters of learning science. They established colleges , public libraries and scientific institutes (Dar ul –hikmat) richly supplied with books and mathematical instruments, and a large professional staff.

Access to and the use of these literary treasures were free to all, and writing materials were afforded gratis. The Calips (Imams - SA) frequently held learned disputations, at which the professors of these academics appeared, divided according to their different faculties,… dressed in their Khalaa ( The gowns of the English universities, still retain the original form of the Arabic Khalaa) UN QUOTE

Feeling proud my young friends - the English Professors are still donning the Fatemi attire, and hopefully, by the end of the next post, you will also realize that the same Intellectual enquiry, religiously pursued by the Arabs , lost in the ‘dark age’ is slowly but surely reemerging and is being rediscovered, with scientific proofs, fuelled by rapid advance in technology covering, all the branches of intellectual pursuit. This is what I find most exciting. Personally I consider it as the 100 Milad Mubarak boon and blessing.

Nahj – Al – Balagha of Moulana Ali (SA)is surely, the fountain head of AL ILM. During the time of Imam Jafar us Sadik (SA) there was a deep and far reaching intellectual pursuit, which included all branches of discipline. The prime aim and goal was to understand the Tawheed of Allah. There was no disparity between different sciences and theologies. Knowledge was homogenous , and the quest was to understand and assimilate all knowledge.

Rasail - Ikhwan Al – Shafa (the Epistles of the Brethren of Purity) not only contain interesting scientific and philosophical thoughts, but includes words of wisdom, for the emancipation of human soul. Syedna Al_ Qadi Al-Numan (RA) during his 66 years of khidmat of four Imams (SA) has written in all 44 Kutubs, the most widely read and prominent being Daim ul Islam.

Moulana al – Mu’ayyad fil din al Shirazi (RA) Moulana Hamid al – Din al Kirmani (RA) just to mention two of the many leading Ismaili thinkers and noteworthy scholars , whose intellectual pursuit, after a lapse of many centuries is finding favor with leading thinkers of this Century.

In the Book : “Introduction to the History of Science” the author George Sarton gives tribute to Muslim Scientists. Let me quote:
“It will suffice here to evoke a few glorious names without contemporary equivalents in the West – Jabir ibn Haiyan, al Kindi, al – Khwarizmi, al- Fagani, al – Razi, al – Farabi, Ibn Sina (Bu Ali Sina) ……. He refers to a few more. What he states at the end is, what concerns us the most – and I quote ‘ If anyone tells you that the Middle Ages were scientifically sterile, just quote these men to him, all of whom flourished within a short period of 750 to 1100 AD.

Robert Briffault in his Book : Making of Humanity writes : ‘ It was under the influence of the Arabs and Moorish revival of culture, and not in the 15th Century, that a real renaissance took place.’ He goes on to state ‘Science is the most momentous contribution of Arab Civilization to the modern world.’

The Arab scientists were calculating the size of the earth , from the measurement of a degree on the shores of the Red Sea – this at the time when Christian Europe was asserting the flatness of the Earth.

Insa Allah in the next post, we will examine the reasons, that led to the misguided thinking that Scientific knowledge was the sole preserve of the Western Nations , and basically on account of Renaissance, followed by Industrial Revolution, as taught to all of us in School.

Philosophy is the mother of science and science is the mother of inventions.Both have to be complimentary to each other. Phiosophy is king whereas science is its vice regent. Philosophy needs regency in order to be established. It is to the credit of great Book Al Quran that has brought forth so many scientist to discover eternal truth in 7th to 10th century during the period of Fatimids - a regency of the loftiest kind comprised of progeny born out of Fatima the daughter of Mohammed S.|A. who was the most cherished Prophet of Allah. In the absence of this progeny who has taken to seclusion we are fortunate to be guided by His true representative who is Syedna Mohammed Burhanuddin - the Dai el Mutlaq numbered 52 in the eternal chain of truth so established by progeny of Prophet Mohammed S.A. ..Salute to the writer giving excellent tribute to Him on His 100th Birthday - Milad Mubarak by combining science and philosophy expounded by Arab scientists of the 10th century.

Shukran to all for caring to comment. I am just trying to light my own small lamp, a small flickering 'diya' in celebration of the 100th Milad Mubarak.

I salute all those great personages nay 'farishtas jeh utra chhe aa duniya na lugra par' who have carried the Spritually radiant light (noor) of knowledge, at times under most difficult of circumstances - Molai Raj who donned 'fakiri nu kurtu' Moalya Amiji bin Jalal, for whom water did the khidmat of turning into oil, so that the 'lamp of knowledge' for ever will remain burning and casting radiance and guiding all those seekers of truth.

My salutations to all the seekers of Truth, on this 100th Milad Mubarak.

Thanks for sharing the pearls of knowledge.

What a way to pay tribute to MAULA (TUS) the Alim-E-Aale Mohammad SAW!!!!